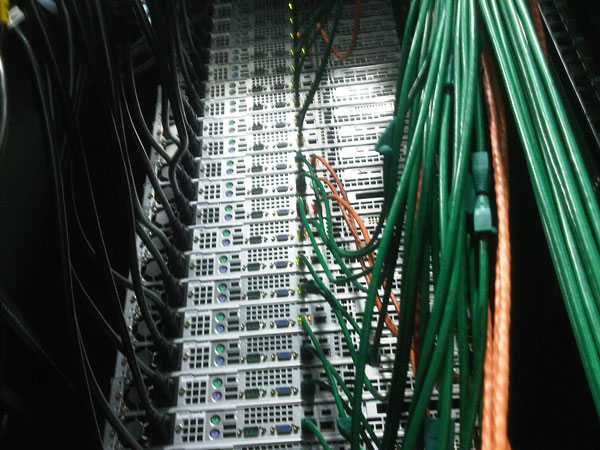 Whether you have read the story of where the brainwave to invent the Universal Tile Ventilator came from I am not sure however here is a quick run-down. Terry Snow who owns the Canberra Airport had recently built a 4.5 million dollar home in the exclusive Canberra suburb of Forrest, a massive condensation problem ensued with condensation running down all the internal walls of the home. A roofing contractor was commissioned to solve the problem there were five buildings joined together with glass walkways, four of the buildings were the home and one was a stand alone garage. As the problem was in the home the four buildings were ventilated with the solution the roofing contractor came up with, which was a resounding success no more condensation. Full story in Inventors Bio on website menu.

However back to roof ventilation for computer network. As we said previously the house had been ventilated and the garage was not. Well Terry brought a huge computer network system probably to run the Airport and keep tabs on all the office buildings out there I really do not know what for.

However he installed it in the office area of the home, it was over 1 metre high by about 1.5 metres long and 900 wide. Quite big to say the least, not at all like a home computer. It had two large fans to cool it down you can imagine the temperature that it knocked out, the problem was the noise from the fans as it ran 24/7. They could not sleep so they had to get it out of the house. The garage had a mezzanine floor, perfect place out of the house and out of the way, however as the computer network was over a metre high and the mezzanine was only 2 metres high and the floor area was small, the fans were not doing a very good job of cooling it down and the possibility of it overheating and burning out was high on the equation, God knows what it cost? So what do you do you get some company that is going to put a great big fan to draw the heat out of that area through the wall down below the mezzanine and out through the bottom wall, cost God knows what, was not cheap, did not work did it. Network still overheating what do we do. Brainwave, let’s get Kevin who ventilated the house, he will have a solution and that is what they did.

What do you think happened? Exactly what Kevin thought it would, the mezzanine was effectively ventilated and the computer network system is now running the way it was designed to do. Problem solved.

So whatever application you need roof ventilation for you cannot go past Universal Tile Ventilators.