Smoothline Roof Ventilators were installed in a Brisbane weatherboard house in March 2009. The owners wanted to increase the level of comfort within their elevated, single level, 1920s house. At that time, the house had no roof ventilation or insulation. 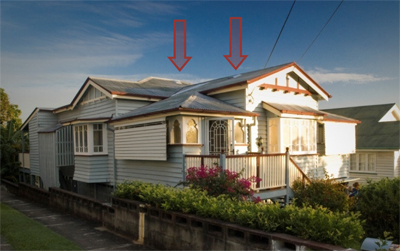 During the summer of 2008/2009, the temperature inside the house was often unbearably hot. The occupants would escape to cooler, air-conditioned buildings during the day and sleep in relative discomfort at night. The occupants sought a suitable natural solution to alleviate the uncomfortable indoor temperatures during summer.

Chart 1 displays the typical inside and outside house temperature profile on a warm day before ventilation. After the outside temperature reaches a maximum of 27.8°C at 1:25pm, the inside temperature continues to climb by a further 2.2°C until 5pm. The temperature inside the house is higher than 27.8°C for approximately 8 hours. This
time is shown as the “Hot Zone.” 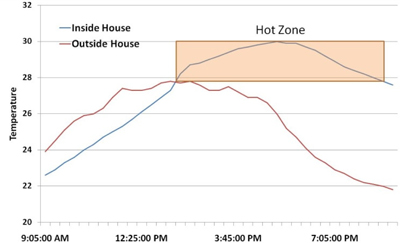 The temperature was logged every 20 minutes for several days before and after the installation of the Smoothline Roof Ventilators. Chart 2 shows the indoor and outdoor house temperatures after the vents were installed. 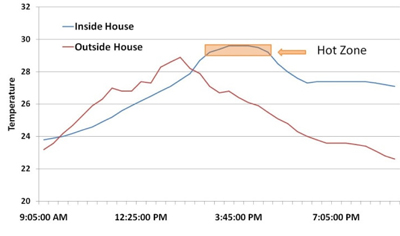 The installation of the Smoothline Roof Ventilators has resulted in: