Is your house a health hazard 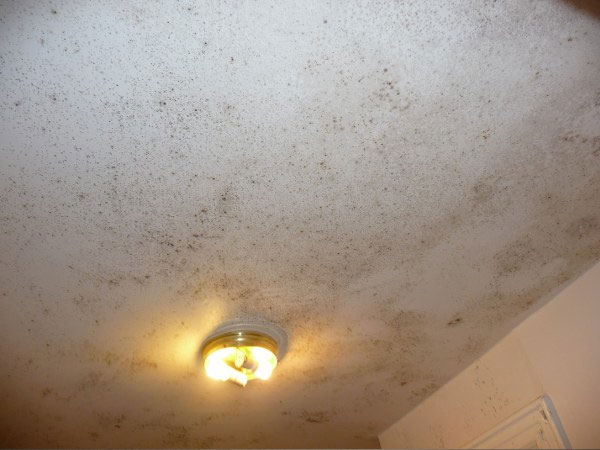 Is your home a health hazard?

THAT mould in your bathroom or the cleaning products you use could potentially cause disease. Here's how to stay safe.

It seems like an absurd suggestion, but could your home be killing you slowly? In July, it was reported that the cause of death for actress Brittany Murphy and her British screenwriter husband Simon Monjack may have been mould growing in their luxury Los Angeles home.

Murphy, the star of Clueless and Sin City, was just 32 years old when she died in December 2009; and Monjack was 39 when he died less than six months later, in May this year.

Both were reported to have pneumonia and anaemia and US experts have suggested that household mould may have been to blame for the respiratory conditions that took their lives.

If something as simple as household mould could be so serious, what other danger zones are hiding in our homes?

Mould is a fungus that grows in damp and poorly ventilated spaces such as bathrooms, basements and attics. It travels through the air as tiny spores which breed in wet areas.

Associate Professor David Ellis from The University of Adelaide, who specialises in mycology, the study of mould, says indoor mould is usually harmless, but overseas research has produced some alarming results.

“If it is cleaned away before it grows excessively, most household mould is harmless, but there is one type of mould that research has shown to be particularly serious,” he says. “A fungus called Stachybotrys has been linked to illness and some infant deaths in the US, but we have not seen any cases of that in Australia.”

Professor Ellis says it would be unusual for healthy people to get a seriously invasive fungal infection from inhaling mould spores, but there are a range of allergic-type symptoms that can arise.

“The spores don’t invade the body, but the body detects their presence in the lungs and creates an allergic response, the main one known to be allergic bronchopulmonary aspergillosis (ABPA),” he says. “Other people may suffer from asthmatic symptoms or sinusitus, where fungi grow in mucous plugs and that then triggers an allergic response.”

So how do you control the growth of mould in your home? “Excessive mould is always due to water from things like leaky pipes or holes in the roof, and needs to be cleaned up,” Professor Ellis says. “If you have serious mould growth, such as whole walls covered in it, then you need to get the professionals in.”

The good news, however, is that preventing the need for professionals is relatively easy. “You can control normal household mould through proper ventilation, restricting water, good cleaning practices and the adequate sealing of surfaces with paint so the mould has nothing to grow on,” he says.

Indoor air pollution In 2002, the World Health Organization ranked indoor pollution as one of the top 10 contributors to disease. In Australia, the main culprits of indoor air pollution include tobacco smoke, household chemicals and the materials used in furnishings.

Smokers are arguably Australia’s biggest indoor polluters and young children are the most vulnerable to the health damages smoking can cause. Smoking by either parent increases the risk of children developing asthma, and those with an existing asthma condition will generally develop a more severe case if exposed to tobacco smoke in their home.

“We get a substantial number of inquiries every year from people who have finished a renovation, and when they enter the newly renovated area they get skin irritations or have trouble breathing,” Kell says. “VOCs can be found in things like paints and floor finishes used on timber and it’s a really big issue.”

The US Environmental Protection Agency says MDF and laminate furniture may produce cancer- causing formaldehyde or benzene; reports show that granite kitchen benchtops may leach radioactive radon; and gas heaters can cause a build-up of indoor nitrogen dioxide and other pollutants if the heater size is mismatched to the amount of air in the room.

Kell says modern building designs are also contributing to indoor pollution levels. “Historically, buildings included gaps under doors and around windows to allow an adequate change of air in the house, but now we seal them off so there is nowhere for these gases to escape. Condensation from showers or boiling kettles is also becoming a problem for the same reason. If there is nowhere for the condensation to go, it stays in the building fabrics and is the instigator of mould and mildew.”

“A good tip is to avoid anything with a hard smell, but there are even some low-VOC products around that have lavender oil to create a smell because people expect it,” Kell says.

“Do appropriate and adequate research on products you’re using in your home for renovations, home improvements or everyday use. The better-quality products are more expensive, but you are contributing to your poor health if you don’t use them.”

How to protect your home