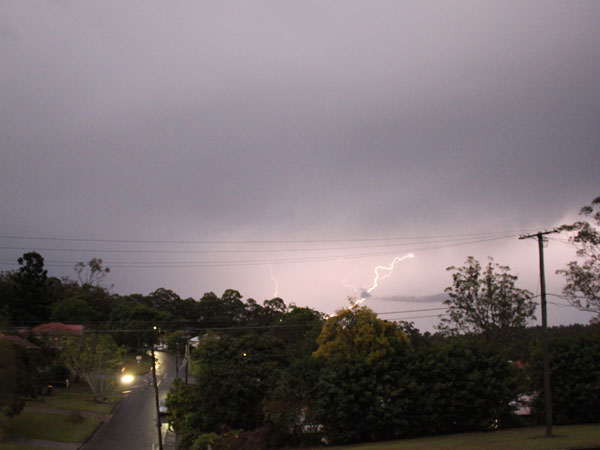 On 16th November 2008 Brisbane was hit by a supercell storm with wind gusts up to 130 km/h reaching speeds of category 3 tropical cyclones and flooding throughout the region. Areas have been declared disaster zones, with one of the worst hit areas The Gap, a north western suburb where roofs were lifted off houses, trees were up-rooted and cars were destroyed by falling debris, destruction typical of tropical cyclones. Recovery efforts were hampered as further storms continued throughout the week.

Premier Ana Bligh and Brisbane Lord Mayor Campbell Newman described the spiralling path of devastation as tornado-like while they flew over the storm-ravaged area of The Gap.

Bureau of Meteorology senior forecaster Bryan Rolstone said it was a very powerful supercell storm, although he said the storm had the intensity of a cyclone.

“Supercells do produce tornados. They are rotating storms which create a funnel underneath them. They move in a different direction to a normal storm. They move left of the normal direction a storm takes and come from the south rather than from the west,” Mr Rolstone said.

He said it was this intense rotating storm which devastated The Gap and surrounding areas.

Whirlybirds and other protusions were literally blown out leaving gaping holes for the torrential rain that was to come for the following week to do further damage.